We occasionally see DUI cases in Daytona Beach and the surrounding area with a breath test results under .08%. What is a greater surprise to the individual is that they are not released from jail and are charged with DUI. It is one thing when drugs are suspected and the individual tests positive for drugs or refuses the urine test. This does not mean that the individual is impaired but it does give the State something additional to pile on in an attempt to obtain a conviction. What I am focusing on in this article is the Daytona Beach DUI case under .08% with negative urine results or no urine requested. It is important that you do not underestimate the situation if you have a breath test under .08%. You still need to talk to an experienced Daytona Beach DUI attorney. The state might still try to get a DUI conviction or at least a wet reckless. Call attorney Kevin J. Pitts at 386-451-5112 to set up a free consultation. 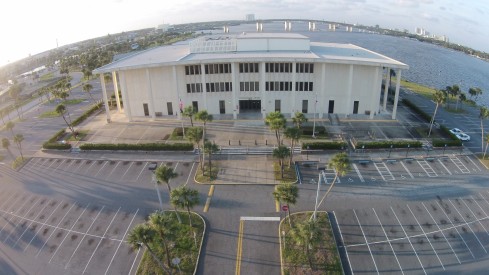 Florida has presumptions in place. When you read these presumptions it can actually be a little scary. If your breath or blood results are over .08% you are presumed impaired but result can be rebutted by other evidence. Most drivers are familiar with that rule. What most people do not know is that between .05% and .079% percent you are not presumed sober or impaired. It is good to be under .08% but under Florida law it really just means that the jury is supposed to look at the evidence and decide if you are guilty of DUI or not. What is even crazier is at .00% to .049% you are presumed to not be impaired. That is good but then comes the crazy part. The law in Florida actually says the presumption of sobriety can be rebutted. According to Florida statute if the prosecutor could convince a jury by other evidence that you are impaired by alcohol at .00% then you could theoretically be convicted of DUI. Now the reality is if you are under .08% without drugs in your system or urine refusal you have a strong case. If you have under a .05% without drugs in your system or urine refusal have an extremely strong case. If you read the statute it is theoretically possible for anybody to get a DUI but the reality is most of the state’s resources are focused on cases over .08%.

Unfortunately in Florida no breath test is low enough to force the state to automatically drop the charges. It is almost unheard of for cases under .05 to get very far. We do occasionally see overly ambitious prosecutors posturing for trial with breath tests under .08% but usually the case is resolved with a dramatic reduction or dropped before jury selection. This can be hard on clients that are visiting Daytona and get arrested on vacation. Pushing the case to trial usually requires an additional trip to Florida to get the best possible result.